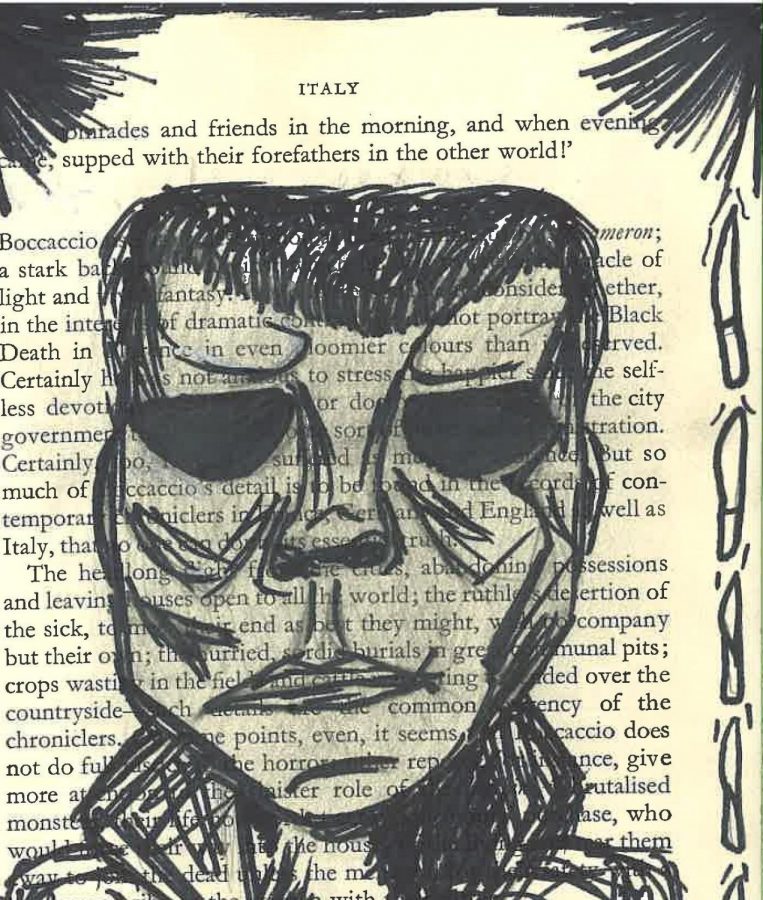 Michael Myers makes his 12th return in the new "Halloween Kills", an addition to the expansive and iconic series.

“Halloween Kills” continues right where “Halloween” (2018) left off — on Halloween night. Laurie Strode’s (Jamie Lee Curtis, “Knives Out”) house is engulfed in flames, and Michael Myers (James Jude Courtney, “Devil in the Flesh”) is still trapped inside. When firefighters arrive at the scene, they’re greeted with the one and only Michael Myers and his partially smoldered mask.

Throughout the movie, Myers has approximately 34 victims total, giving the audience one cruel kill about every three minutes. There are callbacks and easter eggs throughout the movie, including one gruesome scene that was filmed in a way that paid tribute to the shower scene death in the classic 1960 thriller “Psycho”.

Over the course of twelve “Halloween” movies, there has been a total of ten different directors that have taken part in the series. The original director of “Halloween” in 1978 was John Carpenter (who co-created the arguably first slasher story with producer Debra Hill), and the most recent director of the franchise, David Gordon Green (previously known for comedies like “Pineapple Express”), has directed the latest two installments.

The original final girl, Curtis’s Laurie Strode, has appeared on and off throughout the franchise, and Curtis has now surpassed Donald Pleasence (Dr. Loomis) for most appearances in the series.

Another notable character in “Halloween Kills” is Tommy Doyle played by Anthony Michael Hall, a fellow Michael Myers survivor who was originally played by Paul Rudd in “Halloween: The Curse of Michael Myers” back in 1995. This is a big shift for Hall considering he was most known for being the so-called geeky-teen in numerous John Hughes movies in the 80s like “The Breakfast Club” and “Sixteen Candles”.

The series’ latest offering certainly maintains suspense from start to finish, but there honestly isn’t anything incredibly unique considering it consists of overly familiar characters within a similar plot as the vast majority of the other eleven movies in the series.

In “Halloween” (2018), the audience experiences a new understanding of Laurie Strode through her frustration. So, when “Halloween Kills” begins and we find out — almost instantly — that Michael isn’t actually dead, as it was inferred at the end of “Halloween” (2018), it serves as a figurative stab in the gut. Especially considering how dramatic of an effect Myers had on Strodes’ life since “Halloween” (1978), one might wish Strode would appear in more of the film. Unfortunately, she’s largely relegated to a hospital bed while the majority of “Halloween Kills” focuses more on Myers himself ambling through Haddonfield looking for victims, ultimately focusing less on the effect he has on those around him, compared to more memorable installments in the franchise.

That said, “Halloween Kills” does do an exceptional job of building up a sense of familiarity and comfort with certain characters that makes you want to, nevertheless, still root for them. This is always a strong aspect for a horror movie to have because it not only creates more suspense when Myers arrives, but it also tugs on the audience’s heartstrings as well — that is, if the character you’re rooting for doesn’t manage to survive by the time the credits roll.

Even though “Halloween Kills” was just recently released both to theaters as well as NBC’s streaming service Peacock, it has already been deemed official that there will be yet another film in October of 2022 titled “Halloween Ends”. Considering the title hints at a possible ending for both Myers’s and Strode’s stories, it will certainly be interesting to see the outcome next fall.